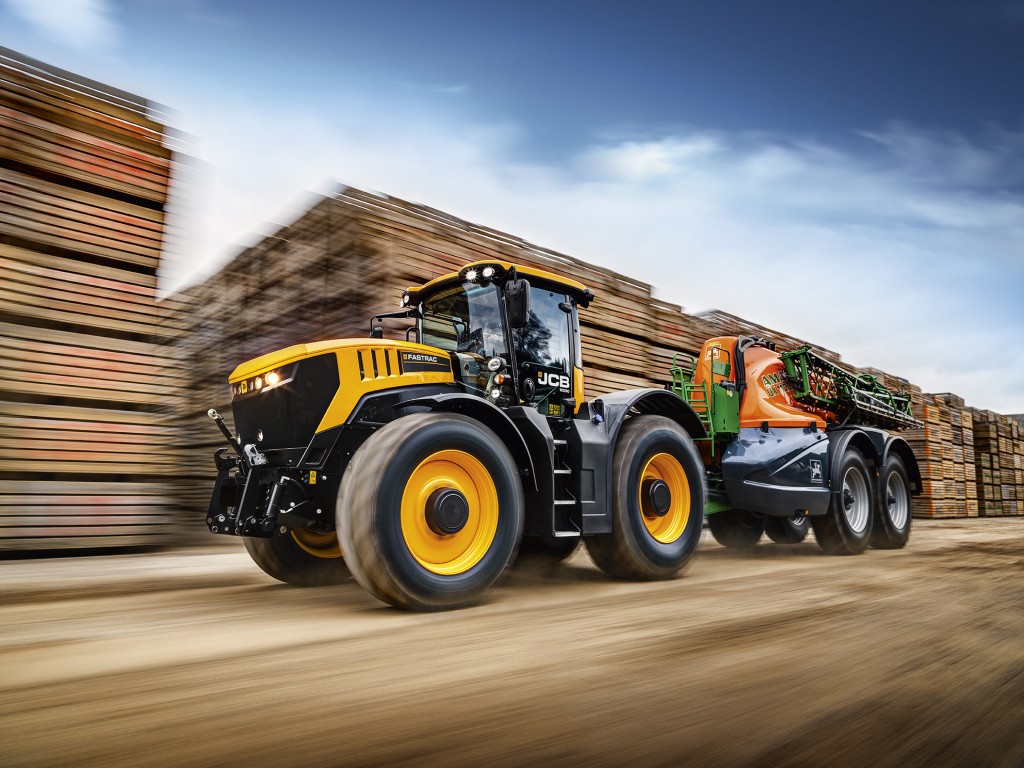 To celebrate the 25th anniversary of the JCB Fastrac tractor, Australian distributor JCB Construction Equipment Australia (CEA) is bringing the all-new innovative 8330 Fastrac to our shores, after the launch of the model in the UK last week.

According to Dave Moselen, JCB CEA National Product Manager for Fastrac, the new 8330 adds to the appeal and performance of the current 4000 series, which was launched earlier in the year, but builds on the already popular features.

“The most obvious changes are the distinctive styling and new Command Plus cab, but under the skin, the 8330 has an engine with more power and torque, a new high speed hydrostatic steering system and new tyre options.

“A more compact front linkage and PTO package as well as a larger deck area behind the cab add to the tractors’ versatility and productivity potential,” Dave says.

“The new Fastrac 4000 Series has been very well received by seasoned and new Fastrac users alike, but now we are introducing several of that tractor’s appealing features to our biggest Fastrac model to increase their versatility and further improve the operator experience while also raising performance levels.”

The Fastrac 8330 continues to use an 8.4-litre six-cylinder engine but it now meets Euro Stage 4 / US Tier 4 Final emissions standards.

The revised engine specification not only meets emission standards, it delivers more power and torque, using a twin turbocharger installation that delivers quick responses when the operator requires increased power.

“The new 8330 model takes the Fastrac to new performance heights with a rated speed output of 250kW (335hp) rising to 260kW (348hp) under full load, which represents a significant increase in power of 14%,” Dave says.

“At the same time, peak torque goes up by 10% to 1440Nm at 1500rpm, which gives the tractor even greater ability to ‘hang on’ as conditions become more challenging or the tractor faces a climb, whether in the field or on the road.”

“The JCB ACTIV TRACTION draws information from a radar speed sensor, hydraulics position control and cruise control to manipulate engine torque and maintain traction for the most cost-efficient performance, making the most of Fastrac’s unique balanced weight distribution,” Dave says.

The new Command Plus cab in the 8330 provides space, comfort and practicality for the operator, with a supportive driver’s seat that can swivel fully 50 degrees to the right and 20 degrees left so that an eye can be kept on rear-mounted and trailed equipment in comfort.

A unique hydrostatic dual steering system is used in the Fastrac 8330, which replaces the power assisted mechanical system used on previous models. The system is predominately two hydrostatic systems in one, using an advanced control valve to continuously monitor pressures and flows in both systems.

“The new system meets the crucial failsafe requirements for a tractor capable of the Fastrac 8330 – 70kph top speed in the event of hydraulic or engine failure, while the operator has the crucial combination of precision, feel and low effort whether on the road at speed or repeatedly manoeuvring,” Dave says.

“On top of that, it introduces the new feature of selectable Rapid Steer, which halves the number of turns lock-to-lock from four to just two, making life easier for the operator during headland turns and other manoeuvres below 10kph.”

JCB CEA was also honoured last week for their contribution to the Fastrac brand at a prestigious award ceremony in the UK, continuing on the celebrations of the tractor’s 25th anniversary. The award was for their work towards the sales, marketing and contribution to product development of the Fastrac since JCB CEA began distributing the product in Australia in 2004.

For more information on Fastrac tractor please contact your local dealer on 1300 522 232.